One of the strangest but also most intriguing and redemptive things that humans get up to, in almost any culture one cares to study, is occasionally to gather in large groups, bathe in the rhythmic sounds of drums and flutes, organs and guitars, chants and cries, and move their arms and legs about in complicated and frenzied ways, losing themselves in the bewilderment of a dance. Dancing has a claim to be considered among the most essential and salutary activities we ever partake in. Not for nothing did Nietzsche, a painfully inhibited figure in day to day life, declare ‘I would believe only in a God who could dance’ (a comment that stands beside his equally apodictic pronouncement: ‘Without music, life would be a mistake.’)

But dancing is at the same time an activity that many of us, arguably those of us who might most need to do it, are powerfully inclined to resist and deep down to fear. We stand on the side of the dance floor appalled at the possibility of being called to join in, we attempt to make our excuses the moment the music begins, we take pains that no one will ever, ever see our hips unite with a beat.

The point here is definitely not to learn to dance like an expert, it is to remember that dancing badly is something we might actually want to do and, equally importantly, something that we already well know how to do to – at least to the level of appalling proficiency we need to possess in order to derive key benefits.

In almost all cultures and at all points of history (except oddly enough perhaps our own), dancing has been widely and publically understood as a form of bodily exercise with something very important to contribute to our mental state. Dancing has had nothing to do with dancing well, being young or revealing one’s stylishness. Summed up sharply we might put it like this: dancing has been valued for allowing us to transcend our individuality and for inducing us to merge into a larger, more welcoming and more redemptive whole.

The Ancient Greeks were for the most part committed worshippers of the rational mind. Their foremost God, Apollo, was the embodiment of cool reason and disciplined wisdom. However, the Greeks understood – with  prescience – that a life devoted only to the serenity of the mind could be at grave risk of desiccation and loneliness. And so they balanced their concern with Apollo with regular festivals in honour of a quite different God, Dionysus, a god that drank wine, stayed up late, loved music – and danced. 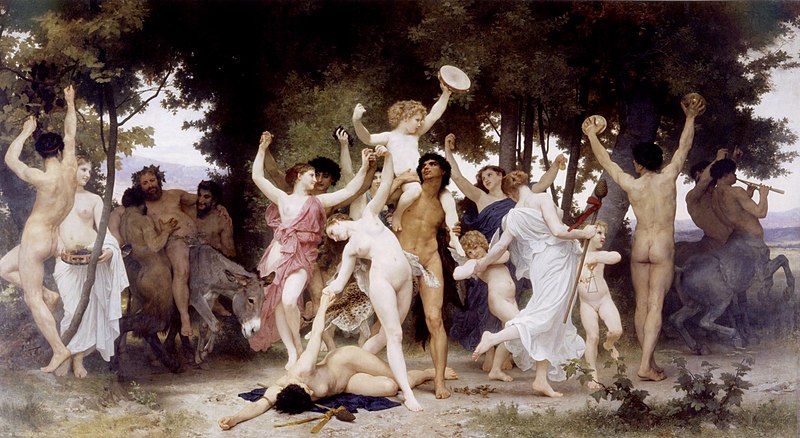 A break from individualism and reason: Dionysius (also known as Bacchus to the Greeks and Romans) leading a dance. Bouguereau, The Youth of Bacchus, 1884

The Greeks knew that the more rational we usually are, the more important it is – at points – to fling ourselves around to the wild rhythms of pipes and drums. At the festivals of Dionysius, held in Athens in March every year, even the most venerable and dignified members of the community would join into unrestrained dancing that, irrigated by generous amounts of red wine, lasted until dawn.

A word often used to describe such dancing is ‘ecstatic’. It’s a telling term. Ecstatic comes from two Latin words: ex (meaning apart) and stasis (meaning standing) – indicating a state in which we are symbolically ‘standing apart’ from ourselves – separated from the dense, detailed and self-centered layers of our identities which we normally focus on and obsess over and reconnected with something more primal and more necessary: our common human nature. We remember, through a period of ecstatic dancing, what it is like to belong, to be part of something larger than ourselves, to be indifferent to our own egos – to be reunited with humanity.

This aspiration hasn’t entirely disappeared in modernity – but it’s been assigned to very particular and woefully selective ambassadors: the disco and the rave. These associations point us in unhelpful directions: towards being cool, a certain age, wearing particular clothes, liking a certain kind of often rather arduous music. Such markers of an elite, knowing crowd reinforce, rather than dismantle, our tendencies towards isolation and loneliness.

We need, urgently, to recover a sense of the universal benefit and impact of dancing. But the greatest enemy of this is fear, and in particular, the fear – as we may put it – that we will look ‘like an idiot’ in front of people whose opinion might matter. The way through this is not to be told that we will in fact appear really rather fine and, with a bit of effort, very far from idiotic. Quite the opposite; we should accept with good grace that the whole point of redemptive, consoling, cathartic communal dancing is a chance to look like total, thoroughgoing idiots, the bigger the better, in the company of hundreds of other equally and generously publically idiotic fellow humans.

We spend a good deal of our time fearing – as if it were a momentous calamity that we did not even dare contemplate in daylight – that we might be idiots and holding back from a host of important aspirations and ambitions as a result. We should shake ourselves from such inhibitions by loosening our hold on any remaining sense of dignity and by accepting frankly that we are –  by nature – of course completely idiotic, great sacks of foolishness that cry in the night, bump into doors, fart in the bath and kiss people’s noses by mistake – but that far form being shameful and isolating, this idiocy is in fact a basic feature of our nature that unites us immediately with everyone else on the planet. We are idiots now, we were idiots then, and we will be idiots again in the future. There is no other option for a human to be.

Dancing provides us with a primordial occasion on which this basic idiocy can be publicly displayed and communally celebrated. On a dance floor filled with comparable idiots, we can at last delight in our joint foolishness; we can throw off our customary shyness and reserve and fully embrace our dazzling strangeness and derangement. An hour of frantic jigging should decisively shake us from any enduring belief in our normalcy or seriousness. We will no longer be able to bully others, persuade them of our superiority, humiliate them for their mistakes or pontificate at length on weighty matters. We will no longer worry how others see us or regret a few things we said to intimidating strangers. The gentle aches in our limbs and our memories of our moves will remind us of anchoring facts that will guarantee our ongoing sanity and kindness.

Whenever we have the chance to invite others around, especially very serious people by whom we’re intimidated or whom we might be seeking to impress, we should remember the divine Dionysus and dare, with his wisdom in mind, to put on Dancing Queen, I’m so excited or We are Family. Knowing that we have Nietzsche on side, we should let rip with a playlist that includes What a Feeling, Dance with Somebody and Hey Jude. We should lose command of our normal rational pilot selves, abandon our arms to the harmonies, throw away our belief in a ‘right’ way to dance or indeed to live, build the intensity of our movements to a frenzy, gyrate our heads to empty them of their absurd worries, forget our jobs, qualifications, status, achievements, plans, hopes and fears – and merge with the universe or at least its more immediate representatives, our fellow new mad friends, before whom the disclosure of idiocy will be total. 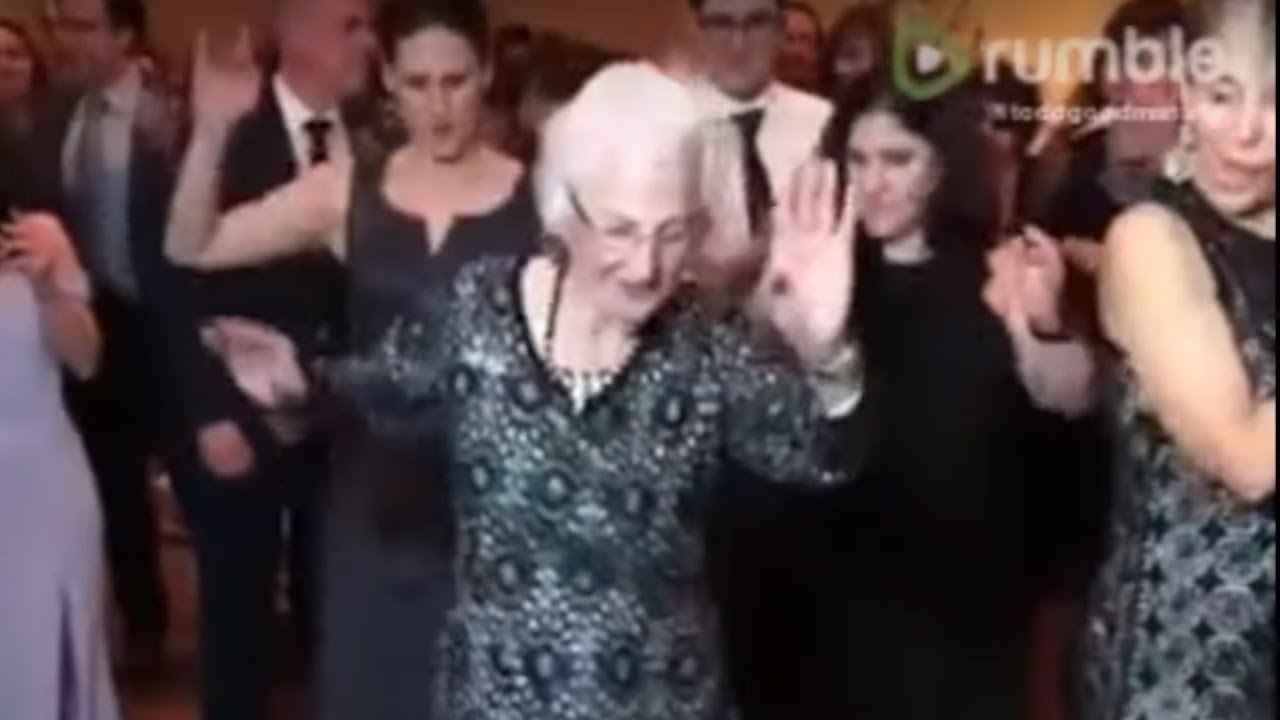 Looking like an idiot shouldn’t be a risk: it’s the point.

Around us might be a formally shy accountant, an efficient dental nurse or a white-haired school principal bending and flinging their arms in the air, throwing their heads back, contorting their bodies. After a few songs, something astonishing will begin to happen: it won’t matter any more that we said a slightly out of place thing in a meeting two weeks ago, that we haven’t yet met the love of our lives or that we still don’t understand very much at all. We will feel a part of something far more important than ourselves, a supportive community in which our individual errors and doubts will cease to weigh so heavily and punishingly upon us.

Through a dance, we glimpse a huge project: how we might more regularly experience ourselves as vulnerable in front of other people in order to become better friends to ourselves and more generous and compassionate companions to others. The true potential of dancing has for too long been abandoned by thoughtful people to stylish ambassadors who have forgotten the elemental seriousness of allowing themselves to be and look idiotic. We should reclaim the ecstatic dance and uninhibited boogie-woogie for their deepest universal purposes: to reconnect, reassure and reunite us.

(Cant recall where I found this - apologies to the original author)

Mindset - No you don't have two left feet